When is the election?

Election Day is Nov. 2. Early voting runs from Oct. 5 to 30. This is the second city election to be conducted in the fall rather than the spring.

Who wants to be on the ballot?

Each of the city’s four districts has one seat open for reelection—that’s half of each district’s representation. Newly elected councilors will serve a four-year term, with staggered local elections taking place every two years for each district. Candidates have until Aug. 24 to collect signatures from constituents in their districts and file a declaration of candidacy (that filing date is July 19 for those seeking public financing). The following candidates are running for district seats:

In the mayoral race, three people have announced their candidacy for the city’s top elected position:

What else will show up on my ballot?

Several local positions and bonds will be on the ballot for voters within their boundaries, including:

Which council district do I live in?

Every eligible voter who lives within the Santa Fe city limits gets to participate in the mayoral race. The city is divided into four council districts, and voters within those districts elect councilors to represent them. To locate your district, use the city’s interactive “Who is my Councilor” map.

How do I register to vote?

Voters can register online between now and Oct. 5.

After Oct. 5, same-day registration opens through Election Day at all voting locations. Early voting extends from Oct. 5 to Oct. 15, during which residents can vote in-person at the Office of the County Clerk (100 Catron St).

Extended early voting stretches from Oct. 16 to Oct. 30. Voters will be able to register on the same day and vote at several locations, which the County Clerk’s office plans to confirm in the coming months.

Can I vote by mail?

Voters can register to vote by mail by emailing their name and address to the Office of the County Clerk at clerk@santafecountynm.gov, though online registration through NMVote.org is strongly encouraged. Voters can request an absentee ballot when the portal opens (usually a month to six weeks before the election begins), which will be mailed out starting on Oct. 5.

Oct. 19 is the last day County Clerk Katharine Clark recommends requesting an absentee ballot, and if voters are mailing back to the clerk’s office, it is recommended ballots be placed in the mail no later than Oct. 26. These dates ensure ballots will have time to reach voters’ homes and the ballot box before polls close on Nov. 2.

The county plans to place several secure ballot boxes where voters can drop off absentee ballots. One box located at the Office of the County Clerk will accept ballots at all hours in the weeks leading up to Election Day.

How can I be sure my vote will be counted?

To ensure your ballot was received, Clark encourages all voters to list a phone number and an email address clearly on their ballot so the county can alert voters if there is an issue.

If voters are mailing absentee ballots to the clerk’s office or dropping them off at a secure box, it is important that each ballot is placed inside its own envelope. Multiple ballots should not be placed in a single envelope—an effort to minimize the chance that ballots are disqualified.

For those authorized to drop off ballots for another voter (spouses, other family members and caretakers), be sure to completely fill out and sign the declaration form included with the ballot.

What is ranked-choice voting and why does Santa Fe use it?

Under the system, voters rank the candidates in order of their preference. In the first round, every voter’s top choice is tallied and the candidate with the fewest number of votes is eliminated. Those votes for the eliminated individual are then redistributed to the remaining candidates based on those voters’ second choice. The process repeats until one candidate has secured over half the votes.

“Everyone gets a say in ranked-choice voting,” even if your first candidate doesn’t make the cut, she tells SFR. While individuals can opt to vote for a single candidate by only ranking their preferred applicant as a first choice, Clark says the system enables voters to have more choice, even if their candidate doesn’t win. 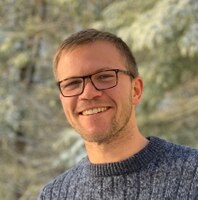 William is a New Mexico transplant from Colorado, drawing on his experience teaching around the world to write on education in the state and local government. He began as news intern and became a staff writer in May 2021.