By Jeff Proctor
|
3 days ago

A 16-year veteran of the grind of criminal defense in New Mexico, she now makes her living as a public defender in Santa Fe, where she's worked since 2016. She's also vice president of the New Mexico Criminal Defense Lawyers Association.

Whether it's on Twitter or in the courtroom, Burrill has emerged as one of the state's most outspoken advocates for inmates' and defendants' rights—regardless of whether she personally represents them.

Just after 5:30 pm Wednesday, the Law Office of the Public Defender announced one of its attorneys had tested positive for the novel coronavirus and, as a result, the Santa Fe branch sent home its dozens of lawyers and staff who represent people who can't afford legal help in criminal cases until at least April 12.

An hour later, I received a message from Burrill saying she was that attorney. The 48-year-old had been tested—finally, after a few failed attempts to obtain a test—Sunday and found out she was positive Tuesday night.

Despite a sharp, stabbing pain in her chest, Burrill spent 14 minutes on the phone with SFR Wednesday evening talking about her diagnosis, what she sees as shortcomings in the way New Mexico government officials have responded to the COVID-19 outbreak, the potential impact of her positive test result on the state's criminal justice system and more.

The interview, which has been lightly edited for length and clarity, marks the first time a New Mexican has stepped forward to say they have tested positive and discuss it on the record. At least 112 others have the virus and one person has died from it, according to the state.

SFR: I don’t know what to say. I’m really sorry, let’s start with that.

Burrill (through some laughter): Well, I really appreciate that. I don't mind talking about it at all. My biggest issue is that we—three of us from my office—tried to go get tested on [March] 4 because we were starting to have some symptoms, and we knew we were high-risk of getting it, and we also knew that we were high-risk spreaders. So, we went into the state clinic and they didn't have any tests available, so they gave us the number for epidemiology and we were on hold for half an hour and got hung up on. I've been trying to get tested since then because I knew the contact that we have with the indigent population made us at risk of getting it and also spreading it … We all go to work when we don't feel great, and it's kind of time for allergy season, so, some headaches and some fatigue and sore muscles—nothing real major. But I started coughing real badly and regurgitating what I'd eaten, and then I started having major pains in my lungs, so I called the Department of Health. They refused to test me, so I called Christus St. Vincent's hotline, and they agreed that I could be tested. So, I was tested on Sunday morning, and I got the results last night. After I got tested, I told my supervisor and worked from home until we had the test results.

Did you say you first tried on the 4th?

Yeah, we first tried on the 4th.

Jeez, Jenn, that’s before the state had its first confirmed test, isn’t it?

It is. I talked to the epidemiologist guy—I've been on the phone all day today—and they were interested because it's a different pattern than they're seeing. They're only testing people who have fevers, mainly, and I didn't know anybody who had tested positive. So, really, when you call the Department of Health, it's 'Have you been out of the country? Do you have a fever? Do you know somebody who's tested positive?' But the percentage of people who have been tested is so small—that's gonna rule out the bulk of the population. I think the numbers are really skewed in terms of who's been contaminated. That's what he said: 'We didn't have our first positive until the 11th.' I told him that if he had answered his phone he would've.

I appreciate all of their efforts to get more testing, and that's one of the reasons I don't mind sharing who I am, because if it makes it possible for more people to get tested, I think that's a good thing. Right now, knowledge is power, and this is such an unknown situation because we don't have any history with it. So, more people need to get tested. If people are quiet about it and don't tell the people they've been around that they've tested positive, then those people have a less likely chance to actually get a test, and they will continue to contaminate other people.

Can you tell me how you’re feeling?

I have a headache, and I'm exhausted because I'm still working from home and trying to juggle all this stuff, too. I have a little bit of a cough, and I get winded. My oxygen level is below 90 and that's not great. I get winded when I go up the stairs and stuff like that. But I don't think I need to be hospitalized or anything like that. Hopefully, it'll be just this mild, with some discomfort, and hopefully this pain in my chest goes away.

Can you describe the pain in your chest, so that people can hear what that is?

I'm not very much a medical person, but, where your collarbone pokes out on each side of your neck, right in there is where I started feeling sharp, stabbing pain after I was coughing on Saturday.

Is that constant? Or comes more sharply?

No. If this is the worst that happens, I'm OK with that. I have a lot of contact with my mother, who is 75 and has emphysema. So I am way more worried about her than I am about myself at this point. …

Have you seen your mom since you started having symptoms?

Has she been tested?

They wouldn't test her until I tested positive.

Are they going to test her now?

They tested her this morning.

I do, too. She was diagnosed with pneumonia on the 3rd of March. I'm really concerned about her, and it seems really odd that they wouldn't test her until I tested positive based on those factors. That's part of what concerns me: who they are selecting for testing. Especially the Department of Health, who told me that I didn't qualify when the hospital told me I did, and it turns out I was positive.

I'm not a police officer, and I'm not a nurse, but we are the front lines of the justice system, and we are the first responders in that system. We deal with people at the worst times in their lives, and that makes us really vulnerable to this kind of thing. It's not surprising that somebody from the public defender's office tested positive, and prosecutors are the same way. They're dealing with law enforcement, they're dealing with victims' families. I think people need to take a serious look at the criminal justice system, whether it's judges or the warden or the inmates—everybody in the whole system is exposed.

The news release from the Law Office of the Public Defender said that contact tracing has begun. Do you have a sense of how many other folks you’ve been in contact with since you first started experiencing symptoms? Any potential inmates? The county doesn’t seem to be able to answer that question yet—whether they’ve tested any inmates as a result of your positive test. Any sense at all?

I've got a list going. It has inmates on it for sure, because the last time I did an in-person jail visit was March 11. We now do all those visits by video—once everybody realized the significance of this. But I made a list, and I'm not saying it's exhaustive because I was trying to throw it together as fast as possible. I sent it to the Department of Health and our department. But it has 61 people on it, who I had direct contact with since [March] 4th.

How many of those were jail inmates, Jenn?

All still incarcerated, or do you not know?

I believe those 12 still are. And then I've got … six who I don't believe are incarcerated anymore. The other thing is, I've encouraged the other attorneys to get tested because we don't know how much spread there is in our office at this point.

Any sense at all at this point of how you may have become exposed to or infected with the virus? Do you have any idea? I can’t imagine that you do, given that we didn’t even have a confirmed case here for a week.

Anything else you want to say about our state’s response to this, in particular when it comes to the kinds of first responders that you are, and our incarcerated populations. I know that you, like me, haven’t been particularly satisfied with the state’s responses to the incarcerated populations or the people who come into contact with them. What else do you want people to know?

I think it's important for people to understand that, really, we are the first responders of the justice system, and we are at risk. And also that they understand that people in jail, whether they're waiting for a trial or they've been convicted, are still people. And they are still part of a community health response. As of yet, they have been totally ignored as a population by this administration. And, I think, whether they choose not to release them or take some other measures to protect them, we haven't seen any kind of action from this administration to protect the people who are entrusted to the state. With power comes great responsibility . If we say that we are going to take you into custody, then we are required to provide for you. That also means your safety, and we haven't seen any kind of coordinated response to try to deal with any kind of outbreak in a prison or a jail, or even try to test them to see how far this has spread throughout the jail population.

And I will tell you that testing people only when they are putting them in isolation for seven days, or holding them in booking to see if they exhibit symptoms—let's say you went in and you've been in three or four days, and then your best friend comes in three or four days later, and then they let you into the population, you could be contaminated by the new person coming in. So I don't think that's really an effective strategy, and the fact that our jails just do not have the medical facilities to deal with something like this … I think that sticking your head in the sand is not an effective policy, and that when we talk about community safety, we have to talk about our entire community. You don't get to pick and choose who in the state that you represent. 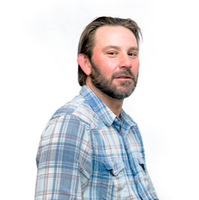