By Zane Vorenberg
|
October 25, 2019
When Shawn Putnam planted four acres of hemp near Ribera this spring, he felt like a pioneer heading into a brand new industry, but a series of disasters had other plans for his crop.

The Hemp Farming Act of 2018, part of the United States Farm Bill that passed in December, legalized cultivation of hemp nationally, so long as the THC content of the hemp plants remains under 0.3%. The decision has been a boon for CBD companies, which can extract the trendy cannabinoid from hemp without dealing with federal restrictions on cannabis. And several New Mexico growers and companies are now finishing up their first harvest.

But for Putnam, who decided to grow his plants at a remote site away from his home, the first hemp harvest seemed to only be missing a plague of locusts.
“We got hit with hail at the end of June, and it flooded and destroyed all our little plants,” Putnam said. “We replanted one acre after that, and that got destroyed by weather in July. But we still had a few plants survive, maybe about 300 of them. Well, we harvested them and then somebody stole all of them.”
He wasn’t at the site at the time, and his dummy security cameras didn’t record anything. All he knows about the thief is that they had a black SUV with a hatchback, and a friend saw it driving away with plants hanging out of the back.
“I assume they thought it was weed they could smoke,” Putnam said. “And law enforcement, I didn’t even call them because I don’t know if they’re enforcing this yet. And that area is kind of rough.”

Putnam wanted to use the plants to develop a line of hemp plastics, and he was also growing to get more hemp seeds out of his crop. The excess was supposed to go to a new shop his wife Amy Putnam is setting up called Tierra Madre Botanicals at 1345 Pacheco St. in Santa Fe, which is set to open in the next week.

“We’re trying to source everything locally, and we’re selling herbal CBD products, zero-waste and plastic-free items,” she said. “I’ve been sourcing my CBD from Colorado, and really we just want to try to support real life people here and move away from companies like Amazon. This is such a new thing in New Mexico. We may try to grow again, but we’ll probably just try to source locally either from New Mexico or Colorado.”
Shawn Putnam said if he grows again, he’s learned some lessons about security—next time, he won’t grow away from where he lives.
That’s an important lesson to learn from the situation, said Bob Boylan, CEO of Road Runner CBD in Torrance County.
Road Runner grows in a highly secure location, with greenhouses for small plants that are moved outside once they mature. The site has fencing, working security cameras, dogs and a few other security features that Boylan declined to mention.
“Our first harvest went great,” Boylan said. “And our crop is compliant.”
His company is focused on making purified CBD products for athletes, doctors, massage therapists and chiropractors.
Road Runner did have a strange incident during its first crop, but it actually seems to have ended up helping in the grow cycle, Boylan said.
“In the beginning we were attacked by grasshoppers, which destroyed some of our early vegetation,” Boylan said. “But at the end we had absolutely no bug issues. It seems like the grasshoppers ate some of the other bugs.”
The company also uses ladybugs and other natural methods to fight off pests and protect its crop.
Shawn Putnam said if he decides to grow hemp again, he’ll probably team up with some other farmers in a better location. He does not recommend growing hemp in Ribera.
“If I do this again, I’m going to team up with other farmers in Pojoaque,” he said. “The weather is better there, and the hail is not as bad.”
As for he and his wife, the Putnams are planning to focus more on their new shop over the next few months while deciding whether or not they will try to grow hemp again next year.
“It’s like a dream come true, having this space and getting it ready to open,” Amy Putnam said. “The theft is a hardship, but we’re just moving forward and trying to stay positive with it all.”

Meanwhile, public meetings to provide information and receive input on the state Environment Department’s proposed “hemp rule” begin Tuesday. An emergency rule regulating the extraction, manufacturing and transportation of hemp and hemp-containing products in New Mexico went into effect in August. In Santa Fe, the meeting is taking place at the Harold Runnels Building at 2 pm, Tuesday, Oct. 29 and in Albuquerque on Oct. 30 at 2 pm at the African American Pavilion, 300 San Pedro Dr. NE. 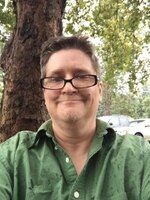