There's something missing in the rules for New Mexico's medical cannabis producers. While the state medical cannabis program regulations broadly mandate that producers limit pesticide exposure to their plants and label any products grown with pesticides, it does not require growers to test for the contaminant.

New Mexico requires that producers have their cannabis tested for a number of other things, including potency, microbial contaminants, solvents and metals—a more comprehensive list than a majority of other medical cannabis states.

Yet, the state's medical cannabis program, part of the Health Department, is supposed to defer to the state Department of Agriculture for guidance on how to regulate pesticides in the growth and manufacture of cannabis. So far, program manager Kenny Vigil told state lawmakers on the interim Legislative Health and Human Services Committee on Tuesday afternoon, that has not happened.

"We've had a couple brief discussions to see how we can collaborate," Vigil said, adding that he's "committed" to reconsidering pesticide and other elemental testing regulations for medical cannabis grown by licensed producers.

Vigil’s statement came in response to a question by state Sen. Cisco McSorley (D-Bernalillo),  a committee member who asked if the division had plans to re-examine the way the department screens for contaminants.

Kathleen O’Dea, the owner and director of the Santa Fe cannabis testing facility Scepter Labs—one of four in New Mexico—told the committee that the state’s current regulations were “difficult to meet,” but appropriately rigorous.

“If pesticides are used, it’s important they are in acceptable limits, although we don’t test for pesticides in New Mexico,” O’Dea said.
Also speaking before the committee was Reginald Gaudino, vice president of scientific operations at the company Steep Hill, which has a laboratory in Albuquerque. While Gaudino and O’Dae both agreed New Mexico’s regulations of microbiomes in cannabis may be too strict, Gaudino advocated more strongly for tighter pesticide rules.
“We’ve received a number of complaints from users as well as received samples with testimony saying that after using [a] product, they were passing out, their lips were bleeding, vomiting, conditions we’ve seen in other states that had pesticide problems,” Gaudino said.
At times, there was significant disagreement between the two scientists. O’Dea, a former state assistant attorney general, said that her lab had not found a single failure after testing around 1,000 samples for toxic fungi in cannabis, in sharp contrast with what Guadino reported to the committee.
“Unfortunately, we must get all the bad samples because we have had a number of very significant mycotoxin [toxic fungi] hits,” Guadino said.
The two also diverged on their recommendations for testing on pesticides, which some producers might be using to increase their crop yields.
O’Dea said that although her laboratory could implement screening for certain categories of pesticides, it would be too onerous to test for hundreds of “named pesticides” in part because new ones are approved by the federal Environmental Protection Agency every year.
Guadino pointed out that a few states have banned some pesticides completely while allowing a certain amount of others, and suggested that New Mexico do as other states have done and create a “secret shopper” program anchored by a regulatory laboratory to test products on sale at dispensaries.

Sen. McSorley, who sponsored vetoed legislation earlier this year that would have added opioid misuse to the list of conditions that qualify a person for a medical cannabis card, criticized Vigil’s department for not incorporating public concerns about pesticides into its regulations.

“When these regulations were first being considered, not one person or one entity had input into testing requirements?” he asked Vigil. “I’m glad to hear you’re now committed to using scientific research as opposed to whatever the department relied on [before]. Will you commit to not only using the scientists of the department but also … public information derived from public comment?”
Vigil demurred. “That’s certainly part of the public comment process.”
McSorley also flagged the department’s 70 percent limit on the level of THC the health department imposes on producers. The cap can make it more difficult for some patients to receive appropriate dosages of medicine, and can encourage producers to adulterate cannabis plants in unregulated ways.
“Nowhere in public comment was there one comment that said the limit ought to be 70 percent, arbitrarily the state put the number on,” McSorley said. “Are you willing to consider the 70 percent concentrate limit also when you re-do the regs?”
Vigil responded he was willing to look at how producers modify cannabis plants to stay within the THC limit.

The director opened his testimony by announcing that the medical cannabis program was hiring for seven new positions, including an environmental scientist to act as the primary point of contact between the four testing laboratories in the state. Vigil told SFR last month that the program was also restructuring to place more emphasis on community outreach and education. More than 48,000 people are registered as patients in the program.

Near the end of the hearing, McSorley described the legislature’s attempts to draft medical cannabis bills that Governor Susana Martinez would be willing to sign as “shooting in the dark.” SFR also reported in May that a majority of candidates for governor support amending regulations on medical cannabis, including the 450-plant limit imposed by the Martinez administration on producers. 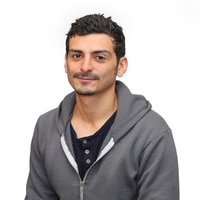