The last straw for Lesley Galyas at the Public Education Department was when someone—she's kind enough not to say who—wanted to get rid of selective breeding in the new science standards because it was the same as human cloning.

“I said to them, ‘Do you eat seedless watermelon?’ And the person said, ‘Oh yeah. Of course I do.’ Well, that’s selective breeding,” Galyas recalled. “Have you seen a Labradoodle? ‘Yes.’ Well, that’s selective breeding. It has nothing do with human cloning.”
“Well,” Galyas says the person replied, “people are going to think it does.”
Driving to Santa Fe from Carlsbad on Saturday, Lesley Galyas still hadn’t decided what she should say. The science teacher knew she’d have just three minutes to publicly speak her mind about proposed new science standards to a panel of Public Education Department employees. She wanted those minutes to count.
“I’m actually still mulling over it,” she told SFR by phone on her way to the state capital. “I’m very vested in it.”
That’s an understatement.

Her story is the most inside version of events the public is likely to get before Education Secretary Christopher Ruszkowski, who has offered little reasoning for the proposed changes, formalizes his decision in the coming weeks.

One year ago, Galyas wrote her final version of the state’s new science standards before she quit her position at the Public Education Department. She was the Math and Science Bureau director. It was all she could stomach.
“I was the only one in the building who understood the standards,” she said. “And then I had to report to my superiors and they would say, ‘Nope, you didn’t take enough out.’” Among other things, she was told to get rid of language referencing the age of the Earth and to alter references to human-caused climate change and evolution.
The bottom line for Galyas was simple: “I didn’t want my name on something that isn’t what it’s meant to be.”
Galyas had been tasked by her superiors, and thus then-Secretary Hanna Skandera, to change the Next Generation Science Standards before New Mexico would put them in place. Developed by a consortium of educators and scientists from 26 states as well as three national science organizations, the Next Gen standards are a huge leap forward in how students are taught science. The standards lean on the latest research about how kids learn and have been endorsed by a host of educational experts and scientists.
A hand-picked panel of experts known as the Math and Science Advisory Council had recommended that the department adopt unaltered standards as far back as 2013. An 85-member focus group convened by the department in 2015 came to the same conclusion. But the standards sat on the shelf, unadopted, while six out of every 10 New Mexico high school juniors failed proficiency tests.
Galyas, who had shepherded the standards through their initial vetting, said leadership wasn’t interested in moving forward. She began to sense the brewing controversy and the political nature of what she was expected to do. “It was very difficult because I worked on it for four years and it was always like, ‘We’re going to do it after the [legislative] session, or after the election.’ And then it would be forgotten.”
The department—to which Skandera’s successor, Deputy Secretary Christopher Ruszkowski, had arrived before Galyas left—just didn’t seem to be interested in updating its standards until they could be sanitized. She was frustrated that no one at the department went to in-state training on the Next Gen standards.
“And they wouldn’t really even let me go through it with them,” she said. “They weren’t concerned about what [the Next Gen standards] were; they were concerned about what shouldn’t be in there. At one point, I did tell Christopher that he may be making all the politicians happy, but the teachers and the scientists are going to raise hell.”
She was right.
Since the proposed standards were released last month, there’s been an onslaught of attention, almost all of it negative. At a teach-in outside the PED offices last week, retired anthropology professor Marquisa LaVelle joined scientific colleagues in discussing some of the subjects altered or abandoned by the proposed standards.
“I was often asked whether I believe in evolution,” she said of her teaching career. She did not, she said, because she didn’t have to. “I feel the same way about gravity. I feel the same way about my refrigerator. I feel the same way about my car and some of my books. Do I believe in my iPad?”
When hundreds of scientists, parents, teachers and students gathered at the PED Monday morning for the lone public hearing on the standards, Ruszkowski wasn’t there. He wouldn’t have heard any encouragement. Not a single person rose to speak in favor of the proposed changes. The department will decide on them in the coming weeks.
Since the middle of September, SFR has made four requests to speak with Ruszkowski about the standards, how they were reached, why previous recommendations weren’t heeded and who was consulted by the department before deciding on the proposed changes. PED spokeswoman Lida Alikhani, whose $75,000 salary is paid by taxpayers, has not acknowledged those requests. Late Monday, she sent a statement that did not address any of SFR’s questions. Without the chance to question Ruszkowski about the department’s decision or even questions to clarify its meaning, SFR will not print his statement.
When Lesley Galyas got her three minutes in front of her former colleagues Monday, she told them how she was overwhelmed when she arrived in New Mexico by the opportunities to teach science—the fossil record, the geology, the Mars Rover work at the national labs. She found it remarkable, she said, that a state with those resources would cut out references to evolution and the age of the Earth.
“There’s stuff in there that’s not even accurate when you reword it,” Galyas said earlier on her drive to Santa Fe, the frustration evident in her voice. “New Mexico is the birthplace of the Manhattan Project. … Einstein walking the halls. And we’re editing stuff scientists wrote and were a part of writing? That’s just … it’s a joke.”

UPDATE: Late Tuesday evening, PED spokeswoman Lida Alikhani announced several changes to the final standards. That language is below. SFR will have a full analysis of the changes Wednesday.

Middle School
Construct a scientific explanation based on evidence from rock strata for how the geologic timescale is used to organize Earth’s 4.6-billion-year-old history.

Ask questions to clarify evidence of the factors that have caused the rise in global temperatures over the past century.

High School
Construct an explanation based on evidence that the process of evolution primarily results from four factors: (1) the potential for a species to increase in number, (2) the heritable genetic variation of individuals in a species due to mutation and sexual reproduction, (3) competition for limited resources, and (4) the proliferation of those organisms that are better able to survive and reproduce in the environment.
Analyze geoscience data and the results from global climate models to make an evidence-based forecast of the current rate of global or regional climate change and associated future impacts to Earth systems.
Share on Facebook
Share on Twitter
Share via Email
Share on Whatsapp
Share on Tumblr
Share on LinkedIn
Share on Google Plus
Share on Pinterest 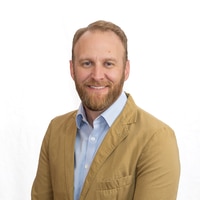