The nuanced, vividly complex flavors of quality mezcal distinguish it as one of the most exciting spirits on the market today. While there's no denying the magic of tequila, its smokier, wilder cousin is making waves in the cocktail community for its wide range of flavors, its propensity for mixing in various drinks and the high levels of artistry demonstrated by its craft distillers. But what is the difference between tequila and mezcal, and why drink it instead?

Mezcal has gotten a bad rap over the years. Like tequila, it is an agave-based spirit. Tequila can properly be termed a type of mezcal, just as bourbon is a type of whiskey. However, not all mezcals are tequilas—whereas the latter must legally be produced from 51 percent blue agave, the former can be made from any other varieties of the succulent, the most common of which is espadin.

The distinctions are made on the label, typically along with the village that is the source of production, in a marketing move similar to what you'd see on a bottle of fine wine from France. Village-labeled mezcal draws attention to the subtle differences created by different water sources, soils, distilling materials and styles employed by mezcaleros. Further, authentic tequila production is limited mostly to the western state of Jalisco, Mexico, while the best mezcal is sourced from the southern state of Oaxaca—though it can be made anywhere in Mexico.

And while both are distilled from the piña, the heart of the agave plant, tequila is made by steaming the plant and then distilling in copper stills, whereas mezcal calls for cooking it inside a pit lined with hot rocks, wood and charcoal for a few days, until it becomes syrupy and smoky. It is then mashed, transferred to wooden vats to ferment, and distilled in copper stills or clay pots. While some mezcal producers have adopted a more modern, streamlined approach, there are plenty of examples of handcrafted, small-batch iterations. These are made in the pueblos of Oaxaca by mezcaleros who use uniquely traditional methods that haven't changed in centuries. A word to the wise, though: Steer clear of anything with a worm in it; it's just a marketing gimmick, and it negatively influences the taste of the spirit.

Mezcal is capable of demonstrating a wide range of unique flavors, from lightly fruity and floral to vegetal and herbaceous, all with a characteristic smoky edge. Here are a few of the top bottlings, that can be found in specialty wine stores such as La Casa Sena Wine Shop (in Sena Plaza, 125 E Palace Ave., 988-9232), Kokoman Fine Wine and Liquor (34 Cities of Gold Road, 455-2219) and Susan's Fine Wine and Spirits (1105 S St. Francis Drive, 984-1582).

Founded by Ron Cooper, an artist who splits his time between Ranchos de Taos and Oaxaca, Del Maguey is perhaps singlehandedly responsible for bringing handcrafted mezcal to America in the 1990s. He offers two major lineups of the spirit: the Vinos de Mezcal, which offers a spectrum of mezcals made from different types of agaves, and the Single Village series, which focuses on villages with a historic reputation for fine mezcal. Del Maguey is phenomenal mezcal on all levels, but for an entry-level approach, try the VIDA, an organic mixing mezcal from the village of San Luis del Rio. It's fruit-forward, smoothly textured and highly approachable, not to mention an excellent option for mixing in cocktails.

The Cortés family has been producing mezcal for six generations in Oaxaca. Their label, Nuestra Soledad, works with six different villages to highlight terroir-driven, handcrafted expressions of mezcal. Its name is a tribute to Our Lady the Virgin of Solitude, the patron saint of the city of Oaxaca. Santiago Matatlán is a village that sources its agave from a canyon almost 6,000 feet in elevation with incredible biodiversity. The espadin used to make this mezcal grows wild among other agave species such as tepeztate, tobala and coyote. With hints of pepper, vanilla, tart cherry and notes of campfire smoke, this smooth spirit is perfect for sipping straight or on the rocks.

One of the more fascinating aspects of mezcal is that it can be made from unique species of agave. While 90 percent of the spirit is made from espadin, there are over 50 different other varieties that can serve as base material for distilling. El Jolgorio is a boutique label started by that selfsame Cortés family of Nuestra Soledad in 2010. It highlights the top distillers in Oaxaca, 16 different families working in 10 different regions that use a variety of rare cultivars for their products. Only 800 to 2,000 bottles of each variety are produced, and each bottle is hand-labeled with the specifics of each batch. Because the high-quality, labor-intensive production is limited, so bottles ain't cheap. However, they represent some of the best mezcal available in the United States, and their top bottlings taste simultaneously like the purest expression of the spirit, and unlike anything else in the world. Try the Barril, made from an agave that only grows at high elevations and is densely packed with sugar and very little water, yielding a citrusy, earthy mezcal of intense complexity with hints of cinnamon and blood orange. It's delightful on the rocks with an orange peel garnish. 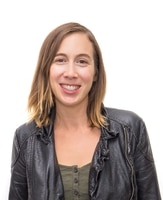 Mary Francis is a certified sommelier who also loves that her grandma drinks pinot grigio with ice cubes in it.