Students stay up all night to get acting, writing, rehearsing and directing

Joey Chavez, the theater department head at Santa Fe's charter school for the arts, has done more than a dozen 24-hour play festivals with his students, starting at Santa Fe High and continuing to the New Mexico School for the Arts. I'd like to think he knows what he's doing, but in reading over the event's schedule, it still seems to throw caution to the wind. He and theater teacher Barbara Hatch assure me no one has ever been seriously injured or gone nuts in the process.

On the evening of Friday March 8, the names of five directors and five playwrights—all volunteer students—are pulled at random from a hat. Those students then stay up all night with Chavez devising a short play; in the morning, actors show up to audition. Then previously appointed stage managers show up, as well as an omnipotent production manager. Rehearsals happen all day, and then on Saturday evening, the public is invited to a performance.

Sounds insane? Well, it is.

But teens may be the perfect demographic for the task. Not nearly as delicate as adults seem to believe, high school students are fierce creators, and their creativity often blossoms under wild circumstances.

Years ago, "I realized that, no matter how much time I gave students to work on a project, they would always wait till the end to do it," Chavez tells SFR. "So I thought, okay, I'm going to impose that really tight deadline."

The result, says Hatch, is a magical day. "It's an amazing process to start with absolutely nothing, a totally blank canvas, and ending up with fully staged, pretty well-memorized short pieces … that didn't exist 24 hours before," she says.

Further, Chavez says, it's a multifaceted learning experience. "The playwrights are also really surprised when they come back the next night and see their show; they say, 'I had no idea how much it could change in that short amount of time, when the actors get involved and the directors get involved.'" (Charlotte Jusinski)

What does it mean to be a warrior? The Warrior Women Torso Project aims to answer that question through a feminist lens, focusing on the courage and strength of women. Tesuque-based artist Sharon Bartel-Clements exhibits 31 feminine torsos, paper breastplates interwoven with textures and assemblage. These mixed-media works make use of both acrylic and sewing patterns to tell a story about the women embodying each torso. In addition to the art itself, Bartel-Clements reads selections from and signs copies of her book, which shares a title with the exhibition, and discusses her motives, methods and inspirations in creating the project. (Layne Radlauer)

DIY music space Ghost continues its reign as one of the best damn venues in the state with a gathering of acts so good, we're almost scared they're coming together. Albuquerque experimentalists and certified weirdos Anna Mall and Lady Uranium make the short drive north to party with rock/punk-ish phenom Jessie Deluxe and worldly purveyor of organic, electronic and vocal sounds Miss Pavlichenko (aka Rumelia Collective's Alysha Shaw), who tells SFR she's busting out a mandolin for this one. Expect to rock, to feel strange and to ask yourself why you haven't paid more attention to these acts. Unless you have been, in which case, carry on. Carry on. (ADV)

Ten poetry performers enter, one poetry performer leaves—as the state champion, that is. High school students from across New Mexico fight for the prestigious title of poetry performance state champion. Poetry Out Loud is a state-wide program, funding competitions and workshops all over the state. Judges, including former Santa Fe Poet Laureate Valerie Martínez, decide the victor. "Some of the students really shine," Poetry Out Loud coordinator Phyllis Kennedy tells SFR. "They are really moved by a particular poem and they dive into it, recite it and make everyone fall in love with it and them too." (LR) 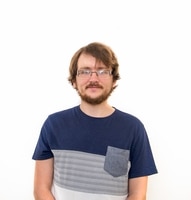 Layne Radlauer, an advocate for green chili burritos and dachshunds, is a culture-writing transplant from Pensacola, Florida. After obtaining a degree in English from Penn State, he moved and fell in love with the adobe-laden hills of Santa Fe. On the side, he writes bad poems and short stories, in addition to some freelance work here and there. 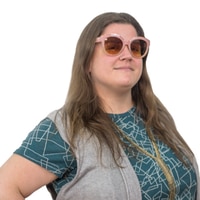